In June 2016, the British people decided in a referendum that the United Kingdom should leave the European Union. More than a year later that is one of the very few facts which is still undisputed: the UK government proceeds with this Brexit. But how and when the United Kingdom will not be a member of the current EU-28 is still very unclear. It causes uncertainty for a lot of British companies but also for the thousands of American, Asian and European firms which have operations in the United Kingdom. How can corporations develop a robust Brexit strategy? In a recent white paper Buck Consultants International explores the options.

An important element in assessing the current situation is the statement of the UK government that the country will not only leave the European political union (seen by Brexiters as bureaucratic, expensive and beyond a country’s own control), but also the customs union (‘clean Brexit’). The customs union allows for free flows of goods and services without duties and border regulations between the 28-member states of the European Union. If that’s not the case anymore the question is, how will any future cooperation with the EU take place. A soft Brexit means that the UK will still have more or less free access to the EU single market, will still have to contribute financially to the EU (although less than now) and that the UK will not have its own independent immigration policy for EU residents (which was one of the main drivers for people to vote for leaving the EU). Countries like Switzerland and Norway have these kinds of arrangements with the EU. A hard Brexit means no friendly trade agreement (‘cliff-edge withdrawal’), problematic access to the single EU market and individual EU-countries and an independent UK immigration policy.

In the White Paper you can read more about this.

Mail to rene.buck@bciglobal if you want to receive the Brexit White Paper 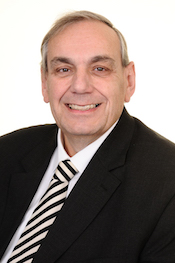